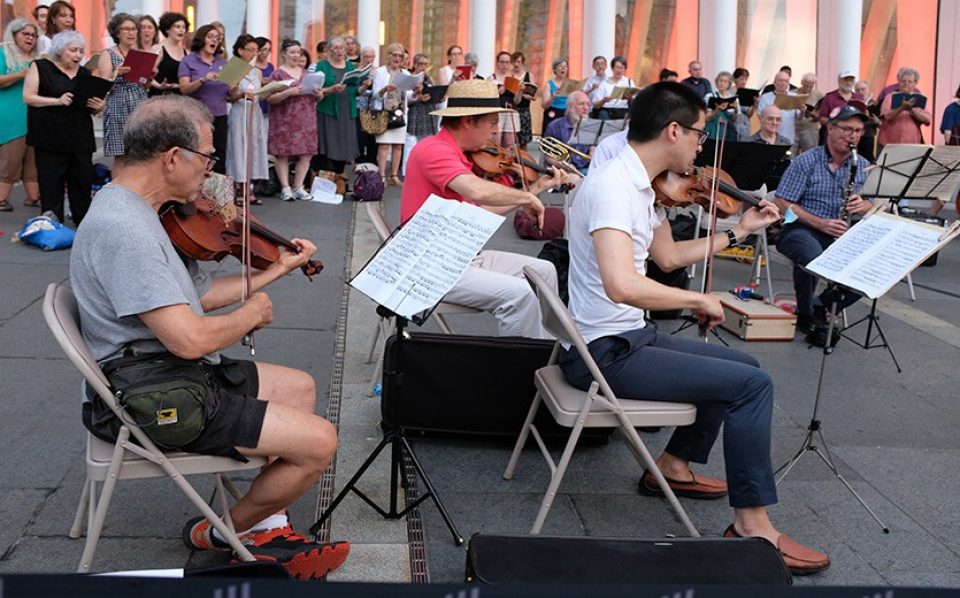 Back by popular demand, Make Music New York invites the public to watch Mozart's Requiem performed at Oculus Plaza for the summer solstice on June 21 from 7:00 pm to 8:15 pm. Organized by conductor Douglas Anderson and producer Melissa Gerstein, this performance invites singers and instrumentalists from across New York City to participate in Mozart’s profound and solemn work, the Requiem, K626. This year’s summer solstice performance is dedicated to the lives lost during mass shootings in Buffalo, NY and Uvalde, TX.